Madhepura is a city in the Madhepura District in the Bihar State. The city is the district headquarters of the district. The city is one of the major historical places in India. Madhepura is an ancient city situated on the banks of Koshi River. The city also has a prime significance in the Hindu Mythology of ancient India. Madhepura is one of the cities in Bihar, which is enriched with history and pre-historic elements, however, lost in the time and did not enjoy the reputation as it should have been. However, the religious importance and historical importance has made Madhepura one of the famous places in Bihar. The close proximity to State Capital Patna, better transportation, and good weather has also uplifted the reputation of Madhepura as a city in Bihar.


Origin of the name 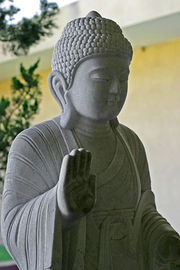 The history of Madhepura dates back to the ancient times of Indian History. The mentions of Madhepura can be found in the Kushan Dynasty. The evidence and the blood line of Kushan Dynasty can still be found in the city. However, the history of the city had versatility. It had presence in Maurya Dynasty and had significance presence in the Independence struggle of India, in the contemporary history. The city is now almost forgotten, but the streets and the time still tell interesting stories of the glorious past of Madhepura.

The history behind the name of Madhepura has different stories. However, there are two stories behind it seems most logical in terms of history. According to the 5th edition of Hindi Kosh, the name Madhepura actually came from Gangapur. The name of Gangapur came from King Gangadeo, who was the grandson of King Mithi, the founder of Mithila region. Few say that the name of Gangapur was after Ganga Sen of Sen Dynasty. However, river Koshi was the main part of Gangapur and adjoining areas. At later point of time the Koshi River submerges itself into Ganges by striding the adjoining areas. However, the land, which stayed in between the Koshi Rivine, was termed as “Madhyapura”. The Madhyapura slowly became present day Madhepura. However, few historians say that the area was habituated by Madhavs, clan of Lord Krishna. Due to the same, the land was called Madhavpura. The Madhavpura got changed into Madhepura in Bihar. Even though there is not much evidence available about the history of the name of Madhepura, but these are widely accepted stories behind. These can also be found in the local stories and books.

The name of Madhepura can be found out in many of the famous and greatest dynasties of India. The presence of the Mauryan Piller at the Uda-Kishanganj confirms the Mauryan rule in the Madhepura state. However, according to the books and other ancient literature, Madhepura’s history was even more ancient, and it was part of the Anga Desh. Subsequently, the city and the adjoining areas were ruled by Sunga, Kanva, Kushan and Gupta. The various pillars and historical evidences say that Madhepura was a strong hold of the dynasties. The forts of Sheet and Basanta of the Kushan Dynasty are still present at the Kadamma and Basant Nagar. The ruins of the forts tell the historical connection of the Kushan Dynasty.

Madhepura remained part of the Bihar under the dominance of the Rajput Clans. However, the city was fallen to the great Mughal Empire and coming times. The Mosque made by the great Mughal Emperor Akbar can still be seen in the city. At later point of time, it became the part of the British India. However, it remained in notice due to Koshi River. The river is also known as “Sorrow of Bihar” and the flood, famine, and the drought caused great loss to the city and adjoining areas in the past. However, between, 1935 to 1938 the then British Government, shifted the divisional and sub divisional offices and courts from Madhepura due to continuous flood and drought.

India is an ancient country and almost every place in the country has some mythological connection or history. Madhepura is nothing different than the others. The mythological and religious connection of the Madhepura city has deep root in Indian history and culture. The place is called as the meditation land of Lord Shiva. This is also the place of Rishi Vivandak and his Rishi Shringa. There is a place very close to Madhepura called as Sapta Pokhar or Seven Ponds. It is believed that these were used for “Yajna Shala” for the Putresthi Yajna by Rishi Shringa. Putresthi Yajna was very famous in ancient times and was a ceremony of sacrifice for the birth of Son. But the sons, which were born after the Yajna by Rishi Shringa, were the most significant characters of Indian Mythology and in Hindu Religion. They were Lord Rama, Laxmana, Bharata and Satrughana. Apart from the presence of the place in Ramayana, it can also be heard at the times of Mahabharata. It has been said that Yudhisthir visited the place along with Rishi Lomus. It was said to be dense forest alongside the river embankment and was inhabited by animals. However, the Rishi Shringa and his Ashrama at this place was the most significant thing in the mythological history of Madhepura.

The enriched history of Madhepura has carried the name of the city through time. From ancient time, it has been famous for peace and nature’s beauty. The modernization has started taking place at the Madhepura, but the history, culture and the tradition of the city still persist in its air. The glorious past of the city can be still visited in the ruins. One can still listen to the unheard and untold stories of Madhepura.

Comments / Discussion Board - History of Madhepura